The sun was about to set when we arrived at the Firenze Santa Maria train station. It was much colder in Florence than it was in Rome. Perhaps twilight, the time of day, added to the chill but more likely it was because of Florence’s geographical location. We then took a cab to what would be our home for the next few days.

The first time I laid my eyes on Florence, I was struck by how beautiful it was. As we drove through the narrow streets, weaving through pedestrians and passing old buildings, my eyes were glued to the city streets around me. The stores gave off an amber glow. The ride was short but I can say it was the best ride of my life. To say I was amazed would be an understatement because the city immediately had my heart – the old buildings, busy streets, beautiful shops, open air markets and cafes… The vibrancy of it all called out to the awe in me.

We stayed at an apartment I found on Airbnb. Our host, Matteo was also a chef and upon request, could cook for guests. Our bedroom, which he called The Poppy Bedroom, was very dainty. All the curtains and chair covers were hand-sewn by his Mother. 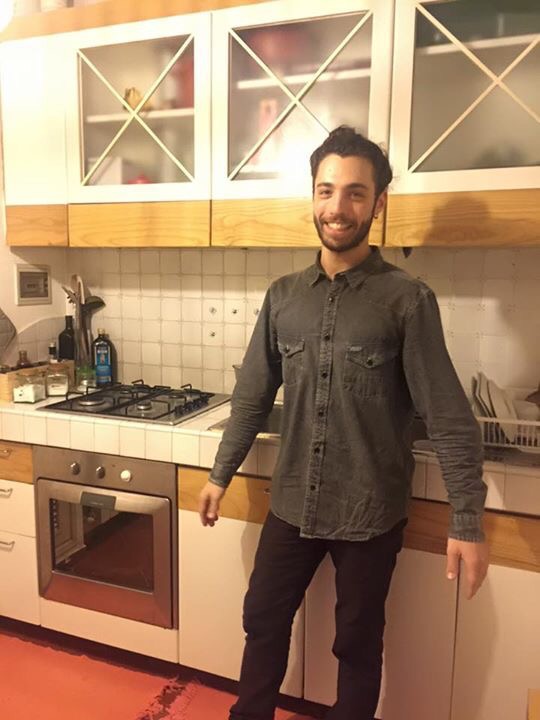 On our first night, I went for a walk to find a place where I could have dinner. Our apartment was a short walk from Ponte Vecchio. Ponte Vecchio (Old Bridge) is a medieval bridge spanning the river Arno in Florence. It is the oldest bridge in Florence. Since it was winter season, all the shops closed early.

I loved it here at night. All the closed shops looked like a succession of jewelry boxes and treasure chests.

After all the pasta I ate in Rome, I was craving for some beef and rice for a change so I ended up eating at Madina Tandoori Restaurant. It was pretty late when I got there but the owner was very accomodating and told me to take my time. 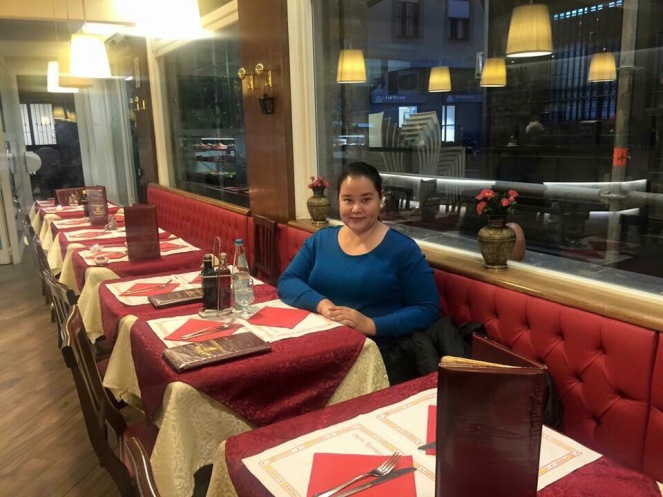 The following morning, my mother and I woke up early. We each had our own agenda so we decided to part ways for the day.

To get to the Duomo, I had to walk through the Ponte Vecchio bridge. Padlocks symbolizing eternal love could be found in iconic places all over Italy and one of them was on this bridge, on the railing of the statue of the goldsmith and sculptor Benvenuto Cellini of the famed Medusa sculpture. 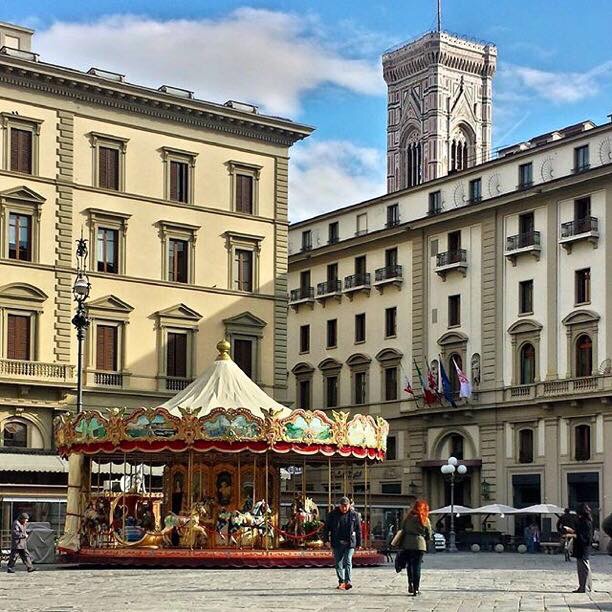 Cattedrale di Santa Maria del Fiore is the main church of Florence. Il Duomo di Firenze, as it is ordinarily called, was begun in 1296 in the Gothic style of architecture with the design of Arnolfo di Cambio and was completed structurally in 1436 with the dome engineered by Filippo Brunelleschi. 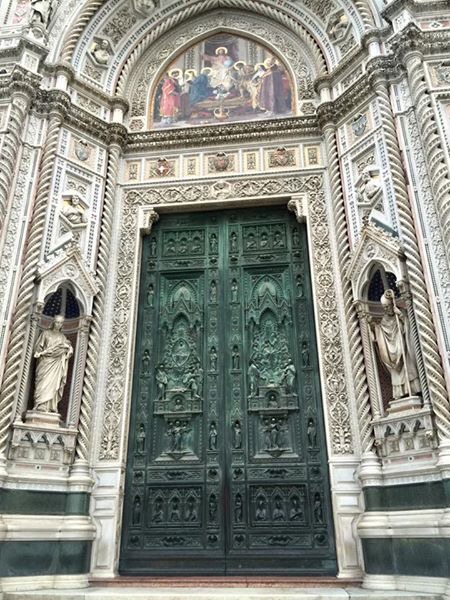 From the Duomo, I walked straight to the Galleria dell’Accademia to see the most famous statue in Florence and perhaps in all the world – Michelangelo’s David.

Michelangelo’s David has become one of the most recognized works of Renaissance sculpture, a symbol of strength and youthful beauty. 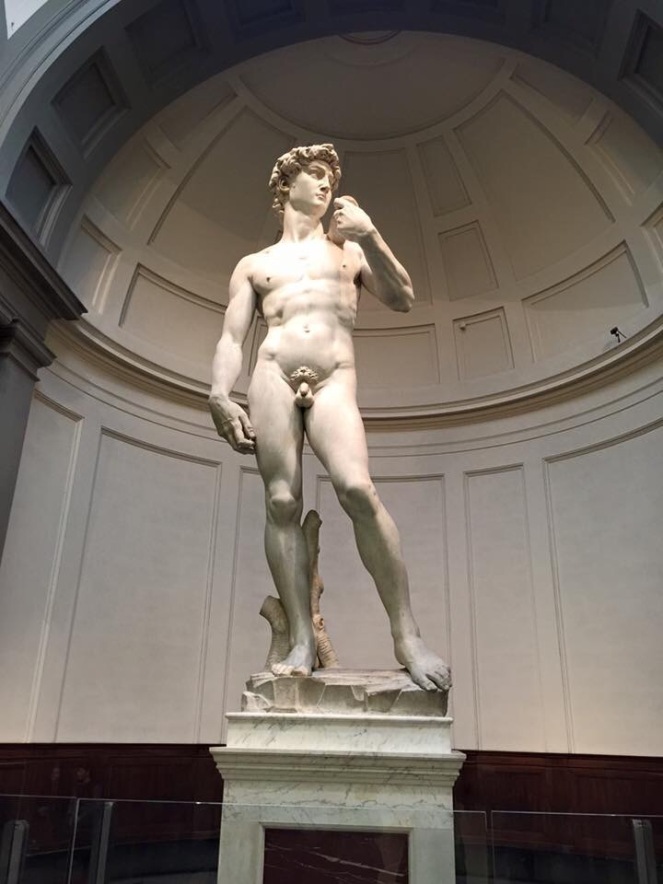 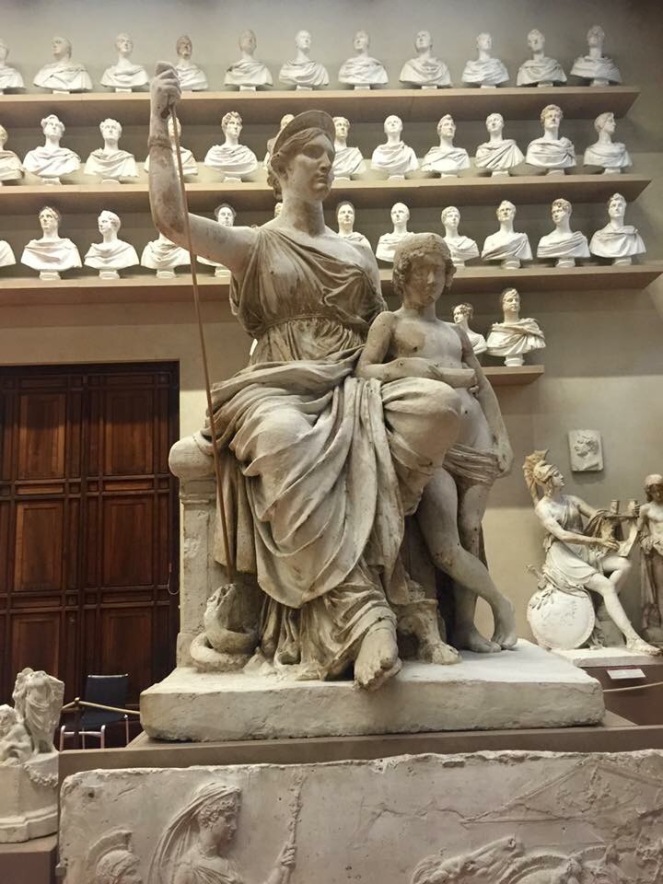 I stopped by Caffe Ricasoli for brunch before heading to the San Lorenzo Market. Markets are abundant in Florence and part of the charm of these markets are seeing the hustle and bustle, wheeling and dealing and people trying to sell all sorts of different things. 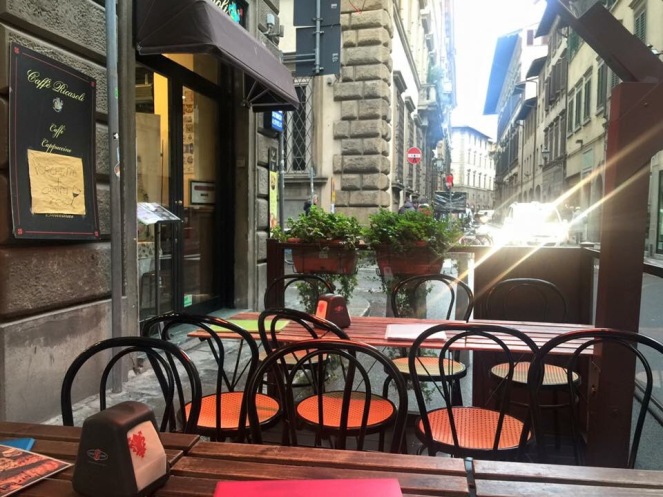 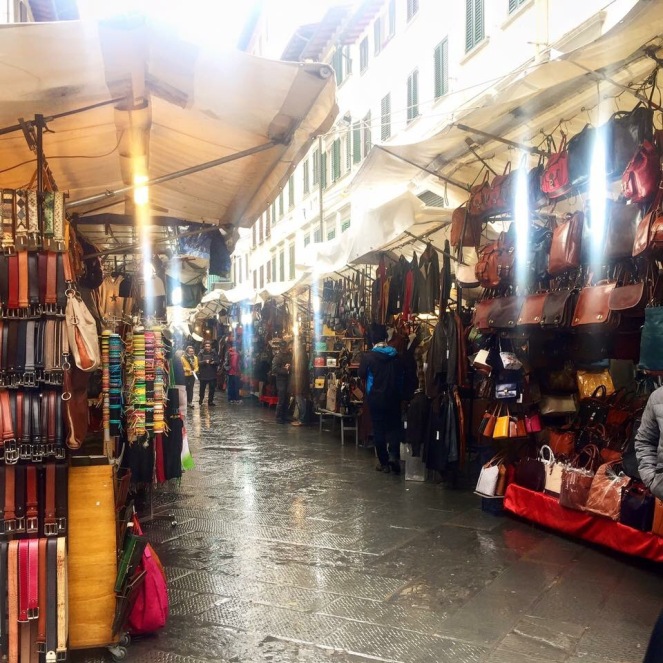 I just walked a little through the leather shops then went straight to the Florentine trays’ section. Before I left Manila, my ultimate goal was to bring home a few of these trays – and I did.

The San Lorenzo markets are actually comprised of two separate markets. The one that is better known is the Central Market (mercato centrale) which is a two-level, indoor food market. The other is the outdoor market which is full of stalls selling leather, clothing and souvenirs. 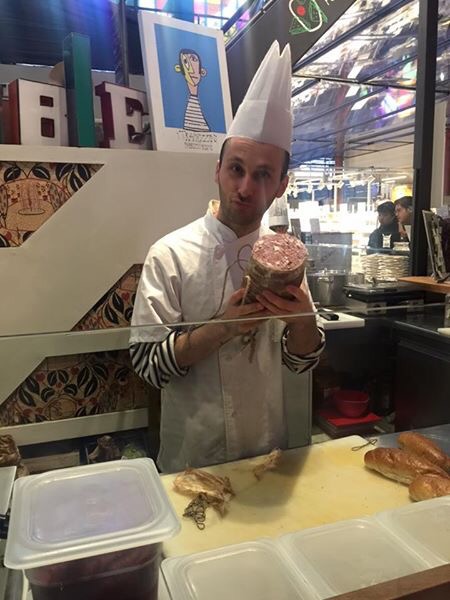 I was still full from brunch but I just could not resist trying what appeared to be a popular local favorite and one of the longest queued hot food places at the Mercato Centrale, Da Nerbone. They serve classic sandwiches and pastas for a great price. The stall is as old as Mercato Centrale itself and still attracts many regulars. There is an informal row of tables and chairs where you can carry your sandwich, plate of food and glass of wine or beverage of choice.

If you are gastronomically adventurous, try the classic lampredotto sandwich. It is tripe, the lining of a cow’s stomach. Delicious! You can also try the panino con bollito, which is a boiled meat sandwich that is dipped quickly into a vat of boiling water before being served. Both go great with the green parsley sauce, which has a bit of a kick but it can always be washed down with a soda or some Tuscan wine. You cannot go to Florence without trying it!