Everyone dreams of a fairytale. There are many great castles in Germany and visiting one of them, which is the Neuschwanstein Castle is probably the closest I will ever get to living like a princess.

Neuschwanstein Castle is a nineteenth -century Romanesque Revival palace on a rugged hill above the village of Hohenschwangau. It is located near  the enchanting old-world town of Fussen that lies in the foot hills of the Bavarian Alps, where winter brings gorgeous views of the snow-capped mountains framed by one of the most breathtaking natural settings in the world.

King Ludwig sometimes referred to as Mad King Ludwig commissioned the building of Neuschwanstein Castle in honor of Richard Wager, the composer. Its original name was New Hohenschangau Castle but it was renamed Neuschwanstein shortly after King Ludwig’s death. The name literally means “New Swan’s Castle” and it was the inspiration behind the Sleeping Beauty Castle.

King Ludwig paid for the palace out of his personal fortune and by means of extensive borrowing, rather than Bavarian public funds. The castle was intended as a personal refuge for the reclusive king, but it was opened to the paying public immediately after his death in 1886. In fact, he only slept 11 days at the castle. Sadly, he never got his happily ever after.

We began our journey to the castle by taking a horse-drawn carriage. It added a magical feel to it, sort of like travelling through time. 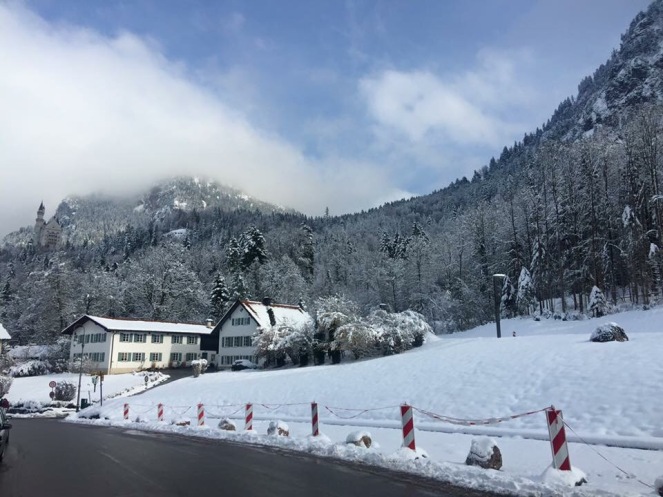 The road to the castle was quite magical. We passed through some streams and snow covered trees, with most of the ground blanketed in white. Everyone was quiet, trying to take all the surrounding magnificence in. It was so quiet you can only hear the horse’s hoof beats and soft whinnies. There was so much beauty in everything I saw. 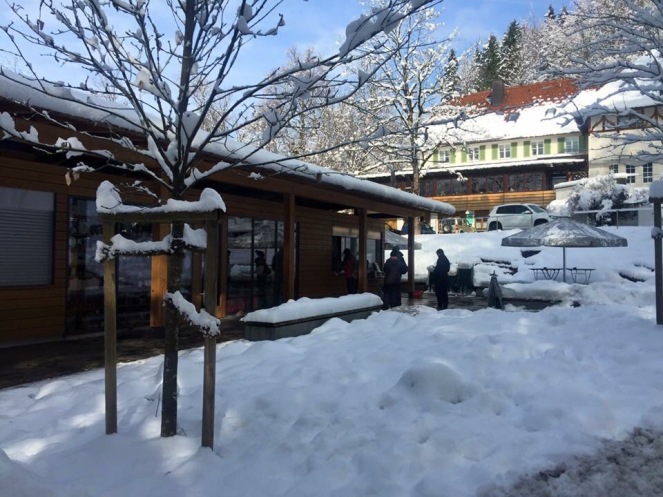 The horse-drawn carriage drops you off only halfway to the castle and you need to walk up to the rest of the way to the castle. Here you’ll find several restaurants. My mom decided to stay here and wait for me while I check out the castle.

As I finally saw the castle looming in the distance, I felt my breath hitch. It was a childhood dream come true and it was as breathtaking as I imagined it would be.

Once I got inside the castle, I stayed for a little bit to take pictures. Unfortunately, I wasn’t able to check out the inside of the castle. I wasn’t able to purchase my entrance ticket that I reserved in advance because the line was so long. 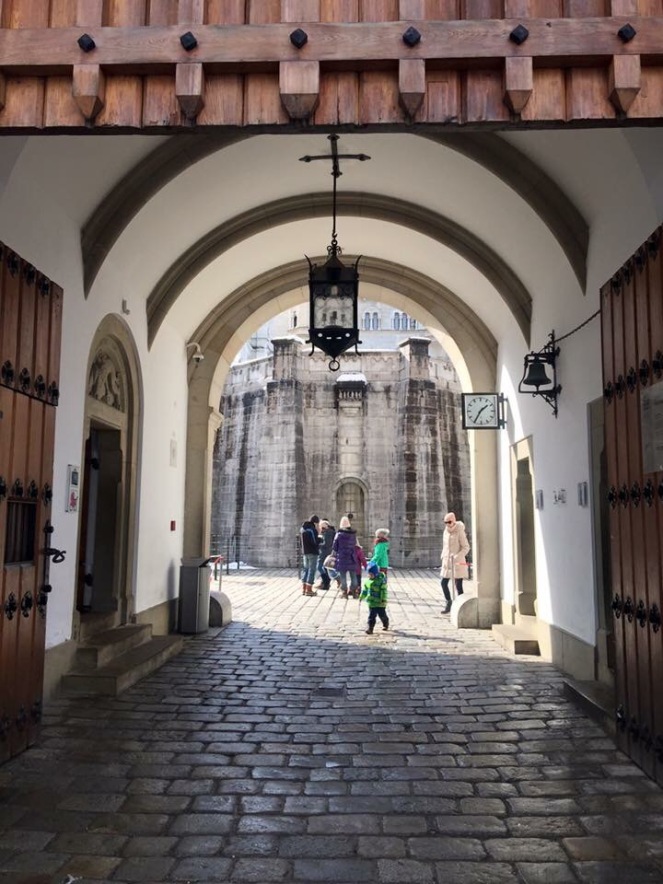 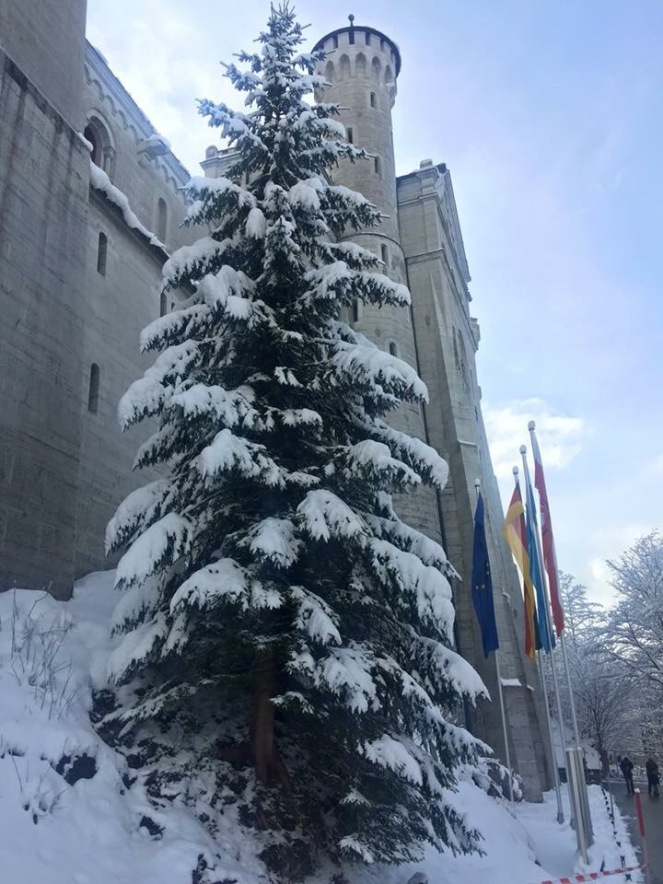 There’s a platform right below the castle where you can see a magnificent view of the town. On my way back to where I left my mother,  I snacked on German sausage and I also finished a bag of quarkballchen, a traditional German treat that is similar to a donut but is much tastier. It’s so good especially when it’s hot and it’s the perfect snack to cap off the day.

4 thoughts on “A Little Bit of Fairy Tale”